As part of a large initiative driven by General Holmes, the 1FW implemented a reorganization that focused increasing sortie production and combat capability.  The centerpiece of the reorg was moving flightline maintenance back into the Fighter Squadrons.  The AF has operated this time on multiple occasions, most recently from October 1991 to July 2002.

Overnight the 27FS and 94FS went from a 40-person squadron to over 300.  Other maintenance functions also moved inside the Wing, such as the Maintenance Ops Center (MOC), scheduling, and some of the AFE Airmen moving into the 1OSS and the Fighter Squadrons.

The 1AMXS/CC became the Deputy OG for MX.  Though the positions have moved out of the 1AMXS, they only informally inactivated the squadron.  It is still technically active, just an empty squadron.  This is because the reorg is part of a larger test that encompasses several bases trying out different structures.  We should know in the next year which one will be selected, and whether the moves will be final or we will have to change again.

The Air Force announced in March of 2020 that they intended to move the F-22 FTU to JB Langley-Eustis.  1FW stood up a Program Integration Office (PIO) to help with this large movement that will add an additional 30 x F-22s, 16 x T-38s, and over 700 Airmen to the 1FW team.
​
1FW has submitted paperwork to make some unit swaps as part of the move.  If approved, the F-22 FTU jets arrive, they will be assigned to the 71st (which is being redesignated from the 71FTS back to 71FS).  The 71FS will take over the FTU mission, returning the Ironmen to a grey combat jet on par with the Eagles and SPADs.  The T-38 mission will move into our new ADAIR squadron, the 7FTS.  The 7th was most recently at Holloman flying F-22s and T-38s.  They have a very robust heritage including being one of the F-117 squadrons. 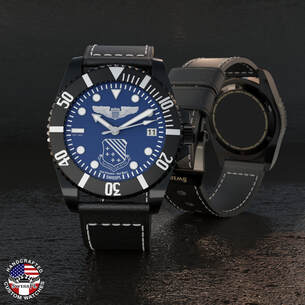 Moto was contacted by Alldron Knewitz, Owner/Designer of the SwissPL Watch Company to gauge our interest in ordering a personalized version of his watch.  Each 1FW-branded watch is tailored to the owner featuring their name with rank and callsign, squadron patch, flight hours, wings, deployments, etc.  He will give the Association a 25% commission on each watch sold.  So I guess this offer could also be viewed as an Association fundraiser.

The “base model” is about $1000.  Your final cost depends on which of several options (self-wind, back casing personalization, etc.) you desire.

Here is a link to his proposed design for our group and any active 1FW members:
Link to Watch Website
Since not every member is a pilot, I’m checking with him to see if options exist for other badges (like maintenance) or an F-15C silhouette/picture in lieu the pilot wings.
** Please call/email me if you are interested in ordering one of these customized watches.** 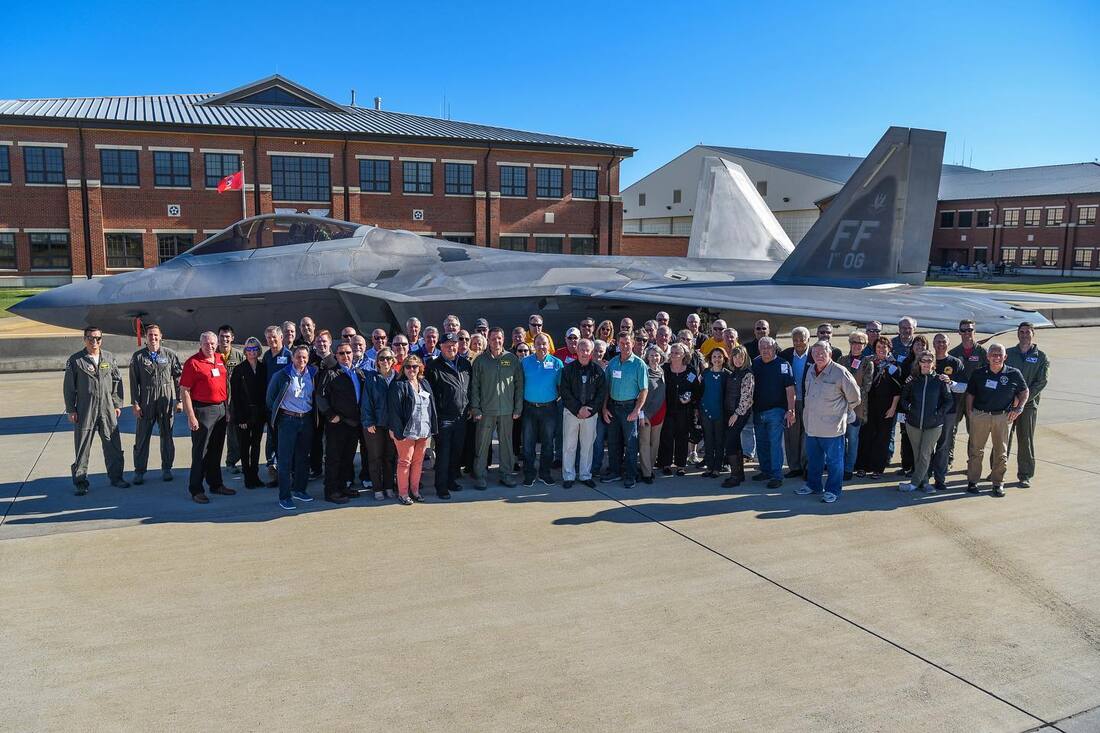 1st Fighter Association Reunion was held in Hampton, Virginia on October 17-19th, 2019. Thursday members attended a social at Langley Club’s Nose Dive Bar.  Friday members went to a combined mission briefings for both 480th Intelligence, Surveillance and Reconnaissance Wing (ISRW) and 363rd ISRW. Lunch was held at the Langley Club followed by a group photo in front of "Balls 55".  The group then went to the wing for 1st Fighter Wing and 192nd Wing Mission Briefings/1FW Deployment Update.  Then they got a close up look at the F-22 Raptor followed by squadron tours and a Roll Call at the 27th Fighter Squadron bar.  Saturday, the reunion reception and dinner was held at the Embassy Suites in Hampton VA.  Guest Speaker was Colonel (ret) Jon “Goldy Goldenbaum.

Note From the President

We really need your help to grow our Association by reaching out to all former 1st Fighter Wing contacts you may know and encouraging them to join us.  Be sure to include our web site link: http://1stfighterassociation.weebly.com.  Please highlight the successful Centennial event and our recent Dayton Reunion as our “value-added” proposition for joining in order to stay connected with our robust alumni network.  We encourage the $250 “Life Membership” option but also offer annual memberships for $10 (Active Duty) or $20 for everyone else.  We are an all-ranks, inclusive organization and are moving forward with other exciting projects that will help preserve and honor our rich 1st Fighter Wing heritage—more to follow.