Whenever an a/c was lost on a mission, a MISSING AIR CREW REPORT - (MACR) was prepared and submitted to the USAAF headquarters. The MACR system took awhile to get started, so some losses very early in the WWII combat operations were not documented other than as part of a mission report. The MACR originals were copied onto microfische by the National Archives.

In Jim Graham's early research efforts he became acquainted with Steve Blake who was working as an historian with the P-38 National Association. Steve published the fine volume entitled 'ADORIMI - A History of the 82nd FIGHTER GROUP'. In discussion of research sources and techniques, Steve mentioned that he had a complete index to the MACR's. With Steve's cooperation, a copy of the index was obtained. The index is basically arranged in chronological order and identifies the a/c type, USAAF unit it was from, and the date of loss as well as some other related data. All of the P-38's from the 15th AF, 1st FG were identified and their micro-fische were incrementally ordered from the National Archives. A single micro-fische usually contained several MACR's, one of which would be the MACR ordered, but the others would only be adjacent serial numbered MACR's -- and not related to the MACR subject ordered. The micro-fische required viewing through readers only available at major libraries where paper copies could also be made. The acquisition process was costly and tedious. Since that time the MACR's have been digitized and much more easily available.

Over the span of several years, all of the MACR's available pertaining to the 1st FG were obtained, copied and correlated to the mission reports that identified the a/c losses. In most cases, the fate and interment status and location were researched for each loss.

The mission-to-MACR correlation was documented in tables with the headings as depicted in the excerpted chart shown above this paragraph. The tabulations that follow, first list the MACR's for the 1st FG in reverse chronological order -- (i.e. from the last in 1945, back through 1944, and 1943 when the the MACR system took root). Then, for each of the squadrons (27th FS, 71st FS & 94th FS) the listings are in alphabetical order of the pilots lost.

​An example of an actual MARCs posted at the bottom of this page. 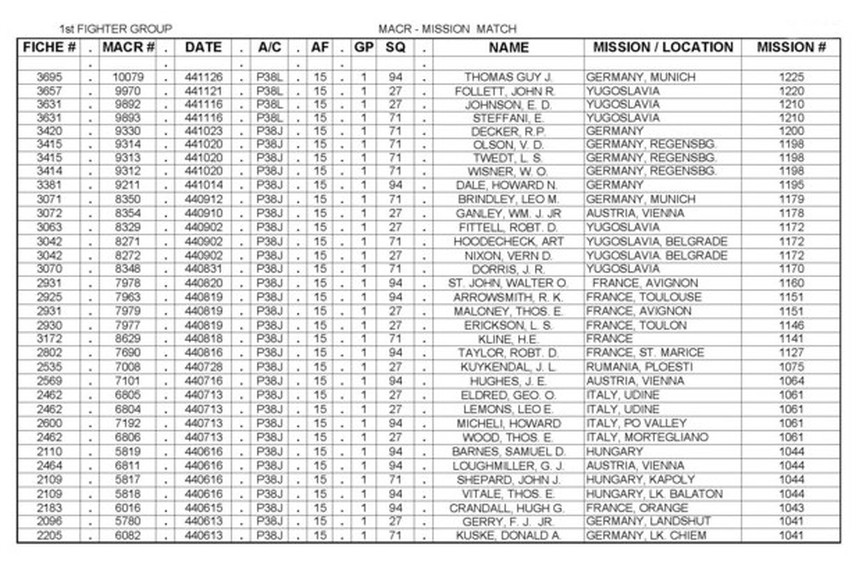 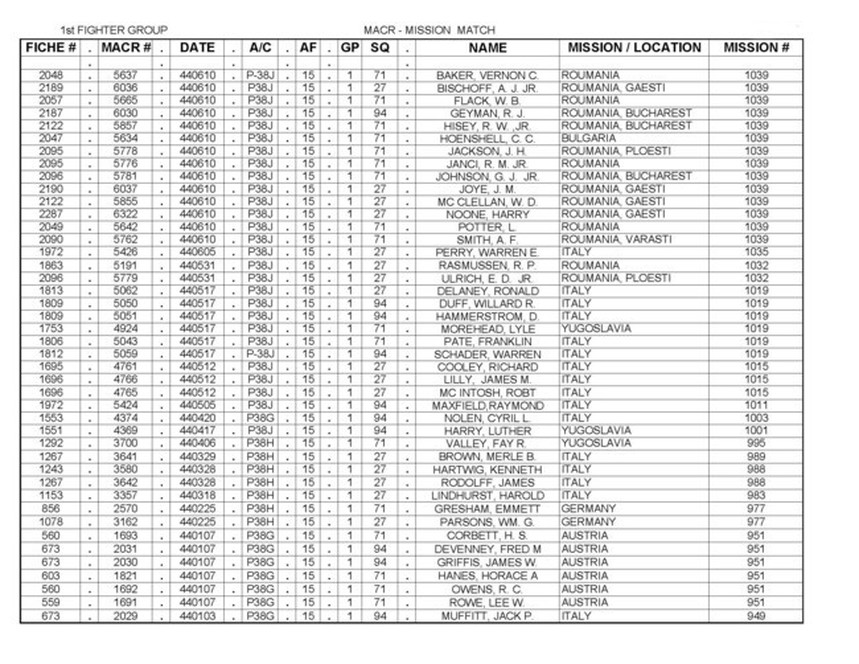 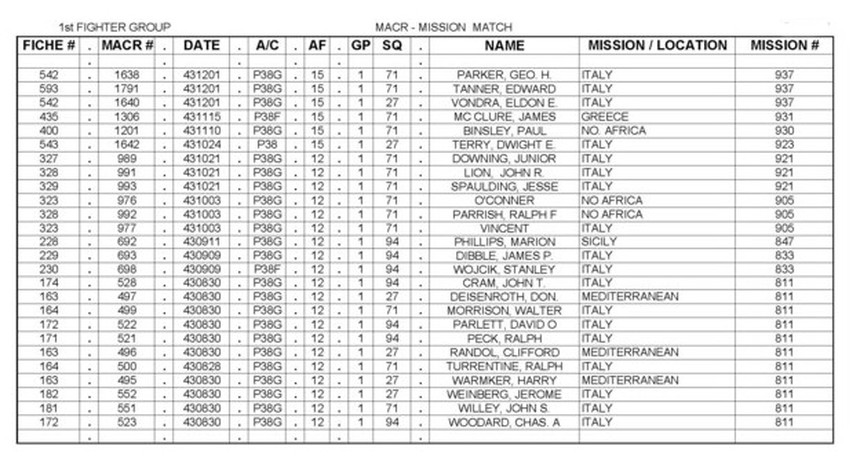 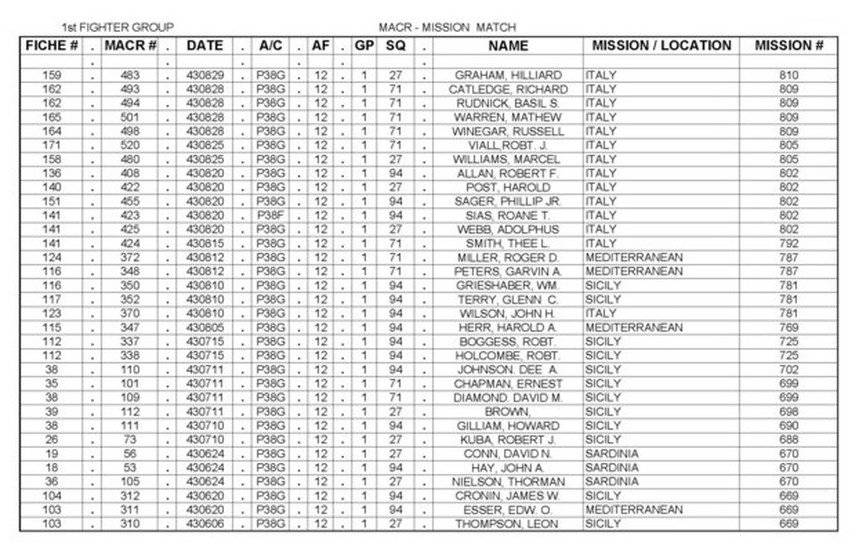 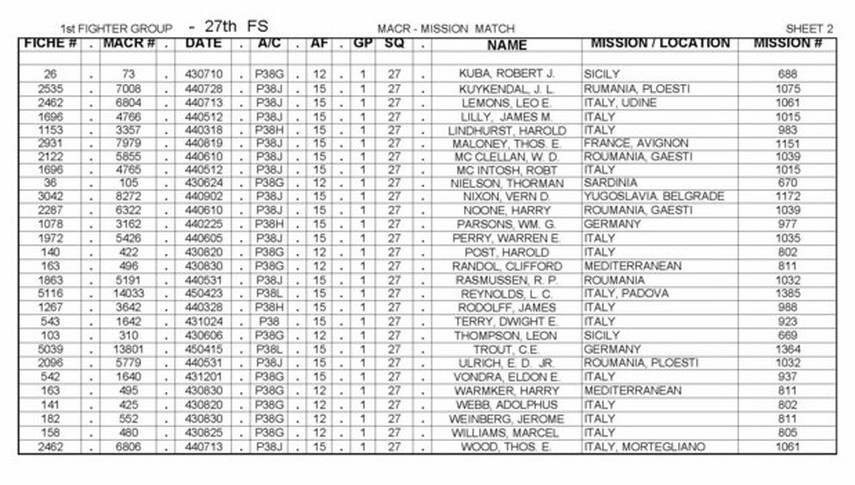 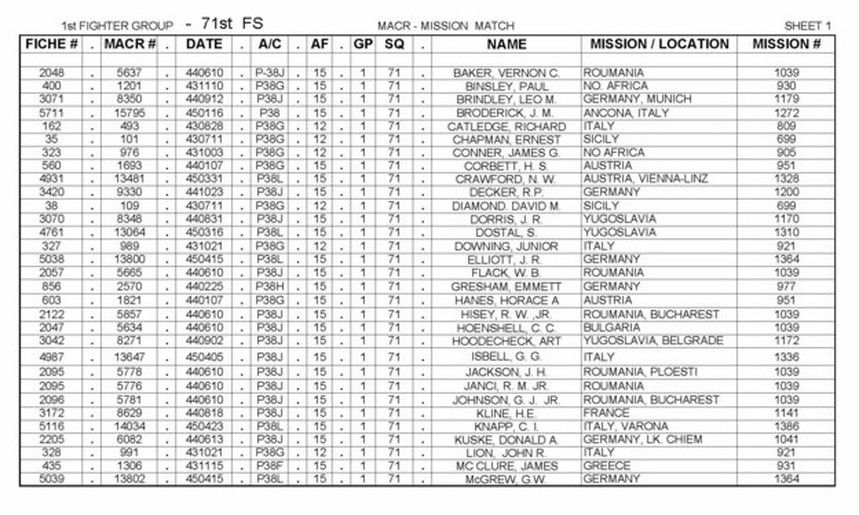 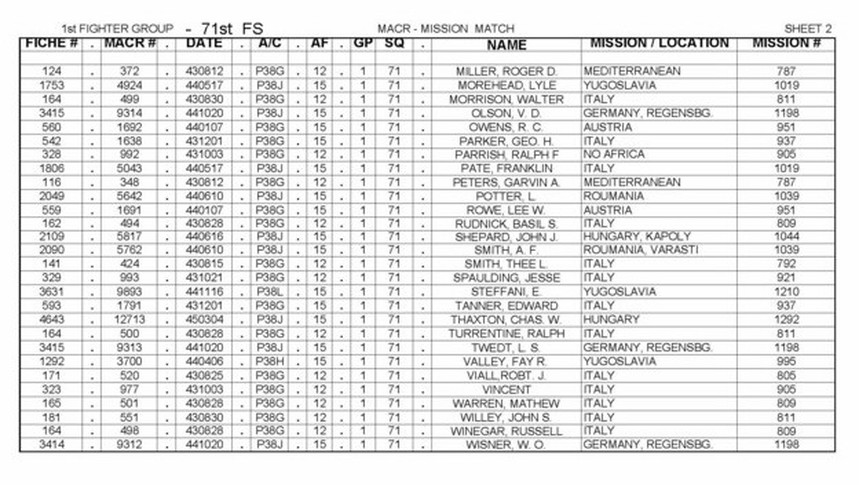 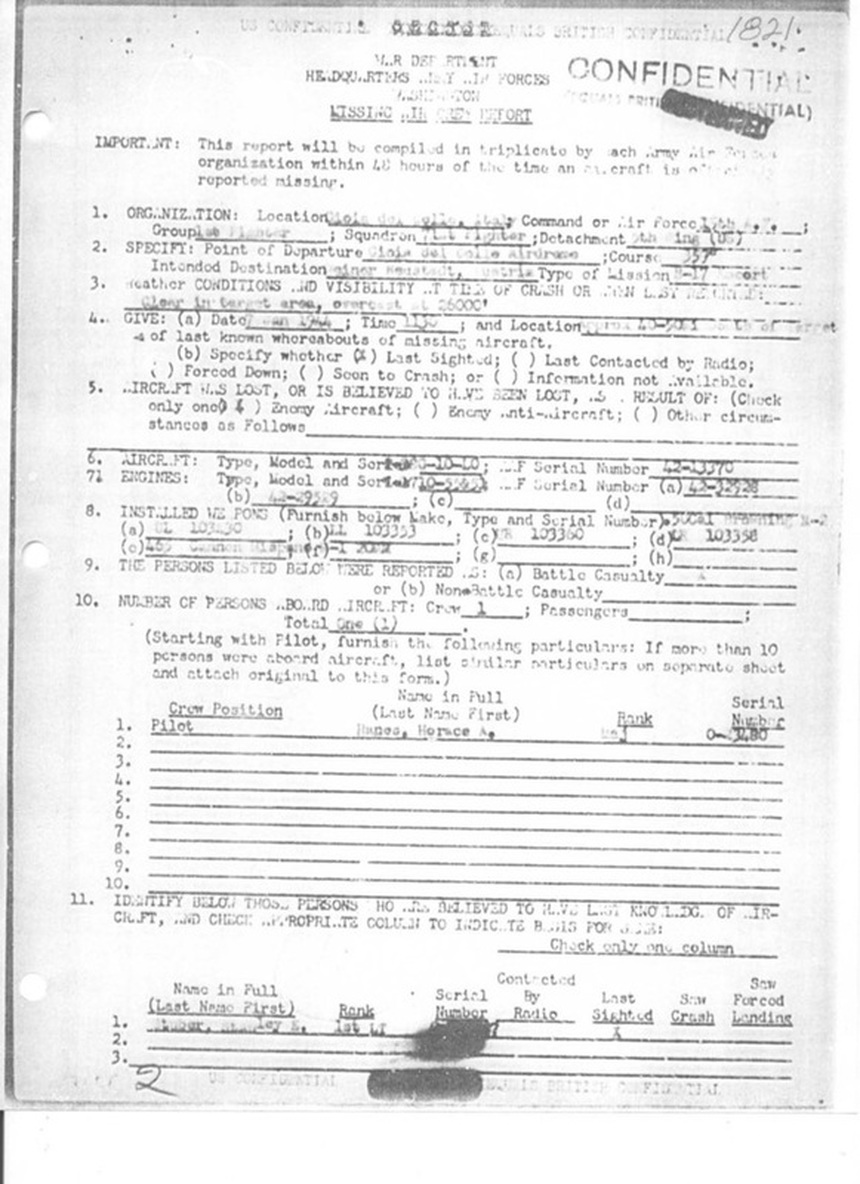 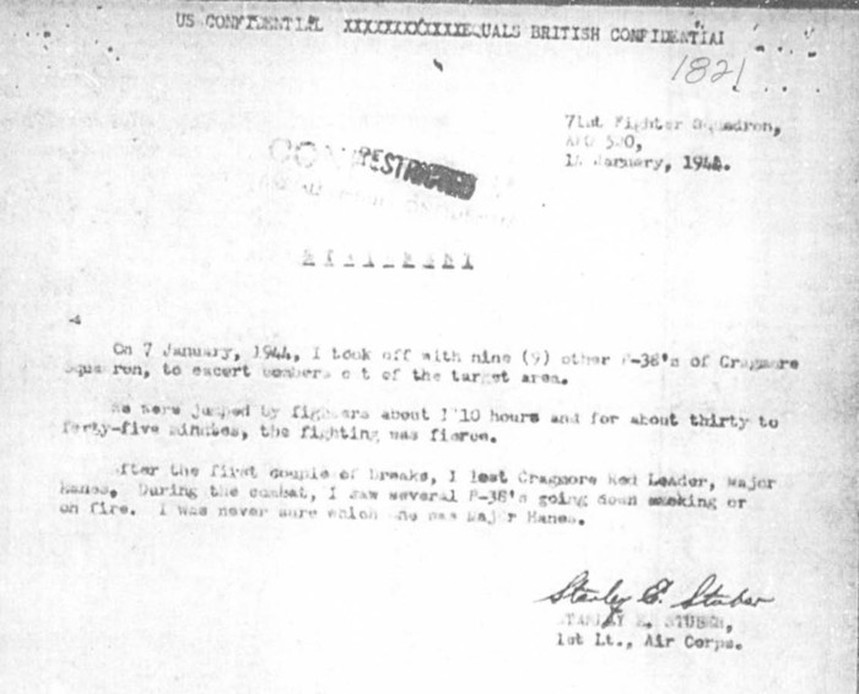 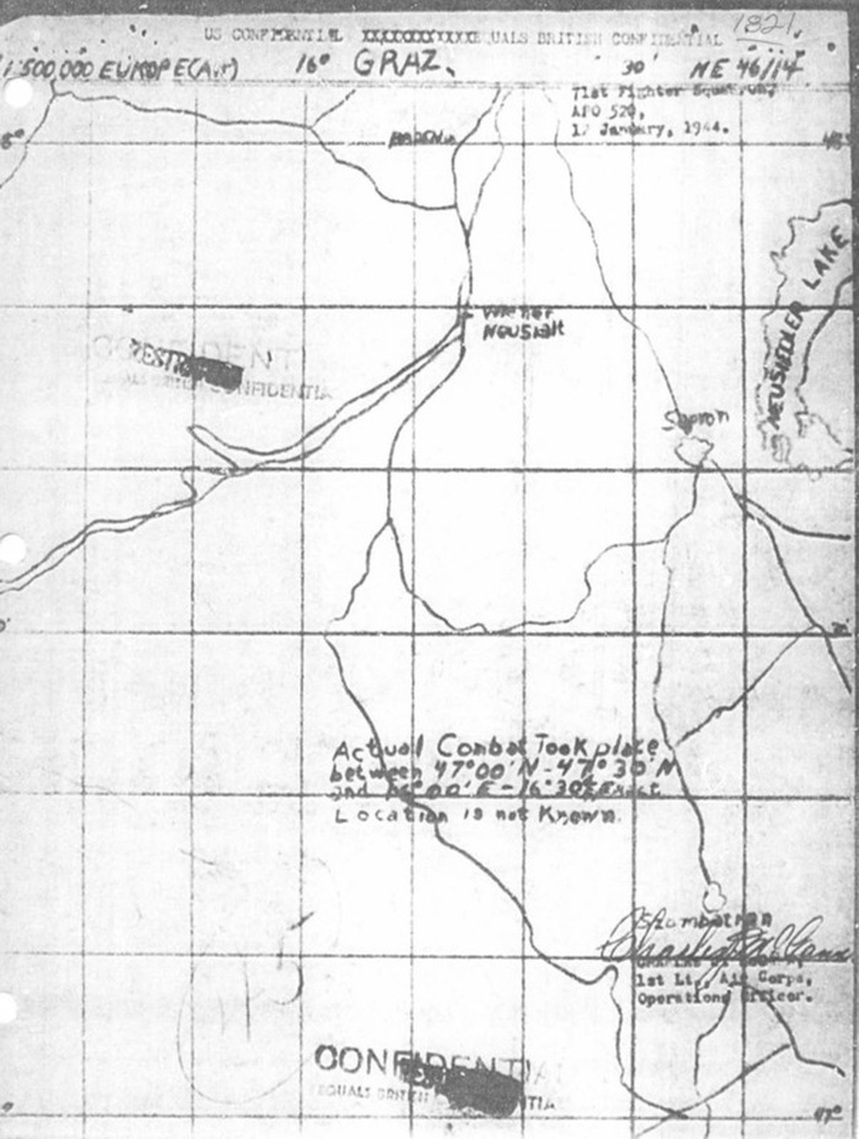 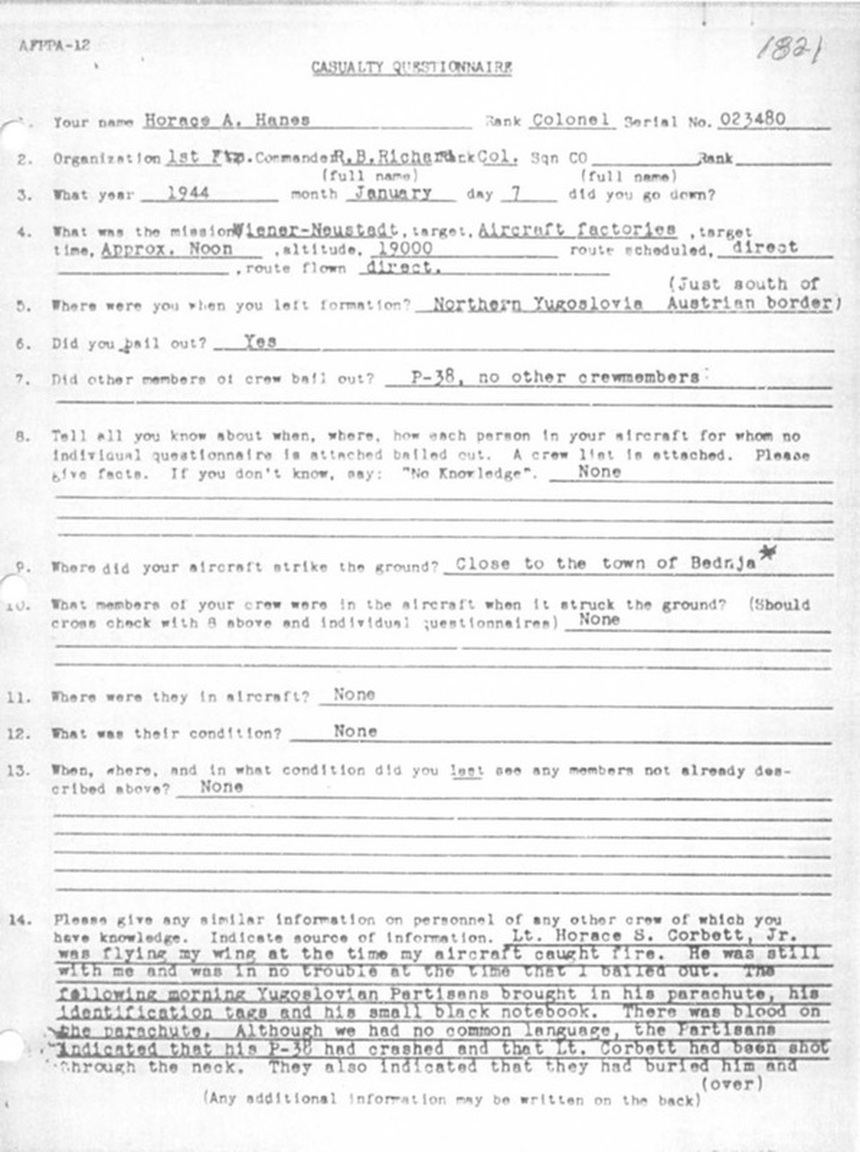 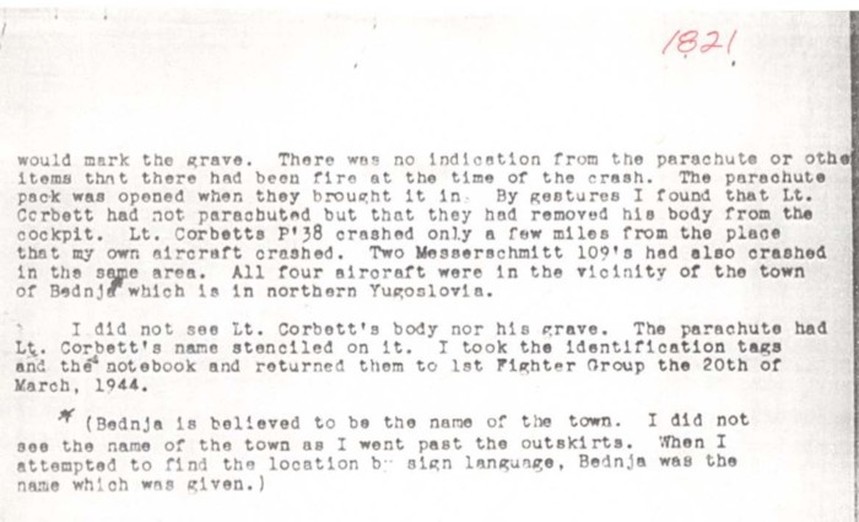 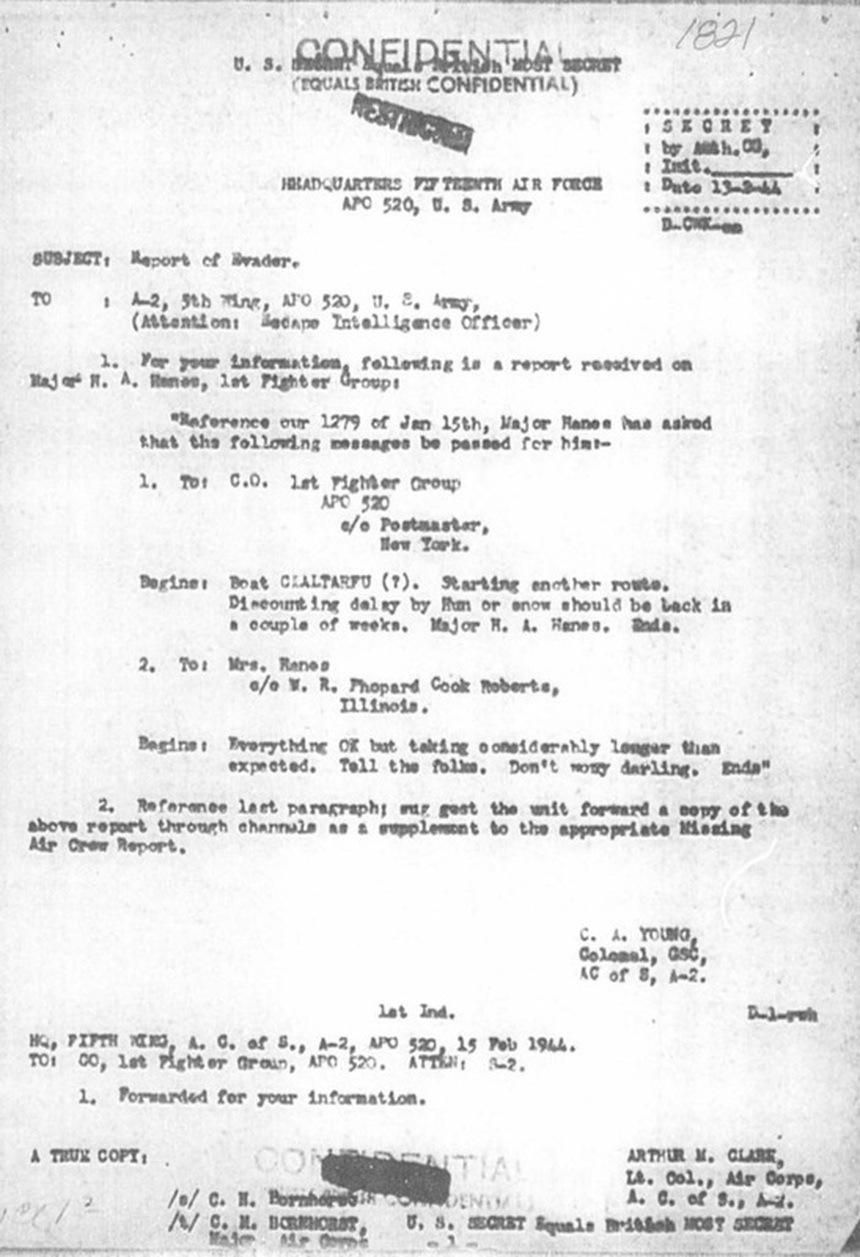 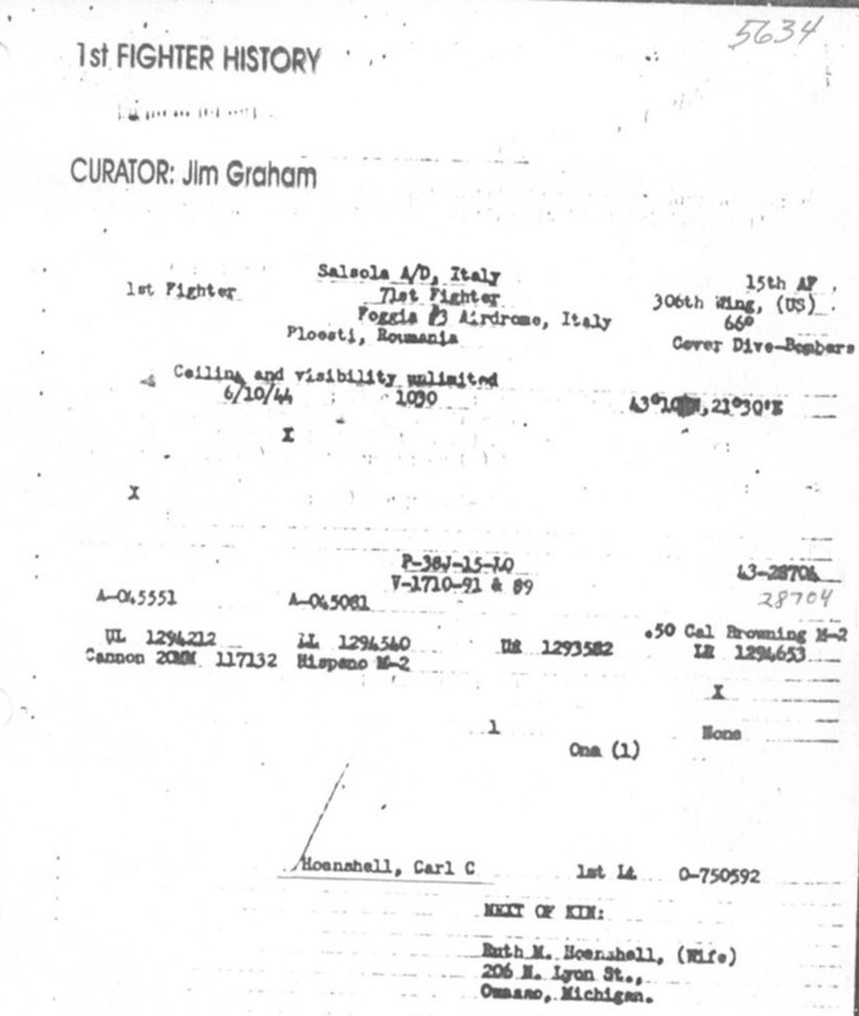 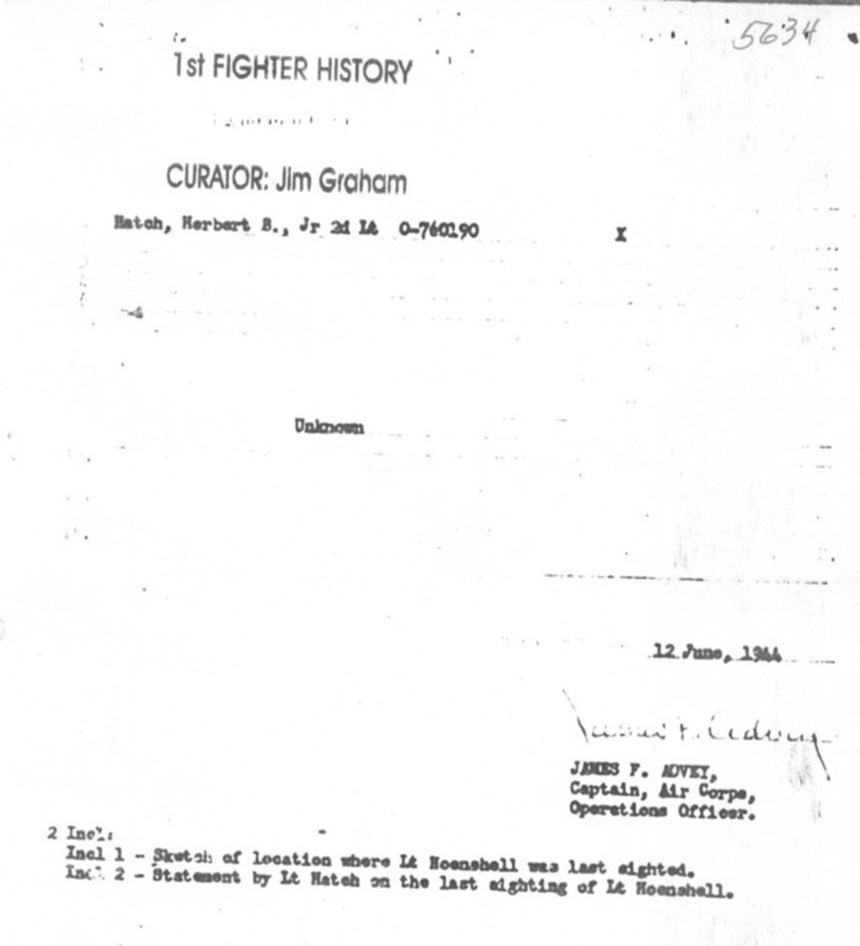 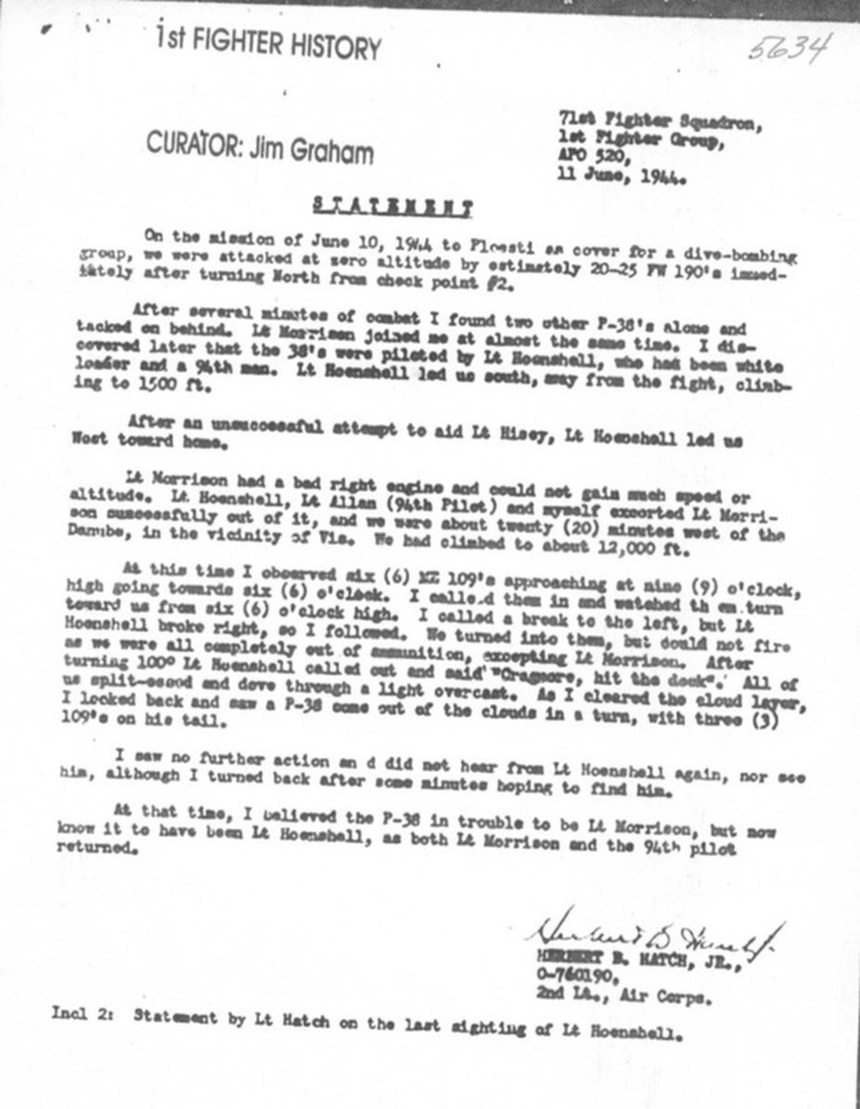 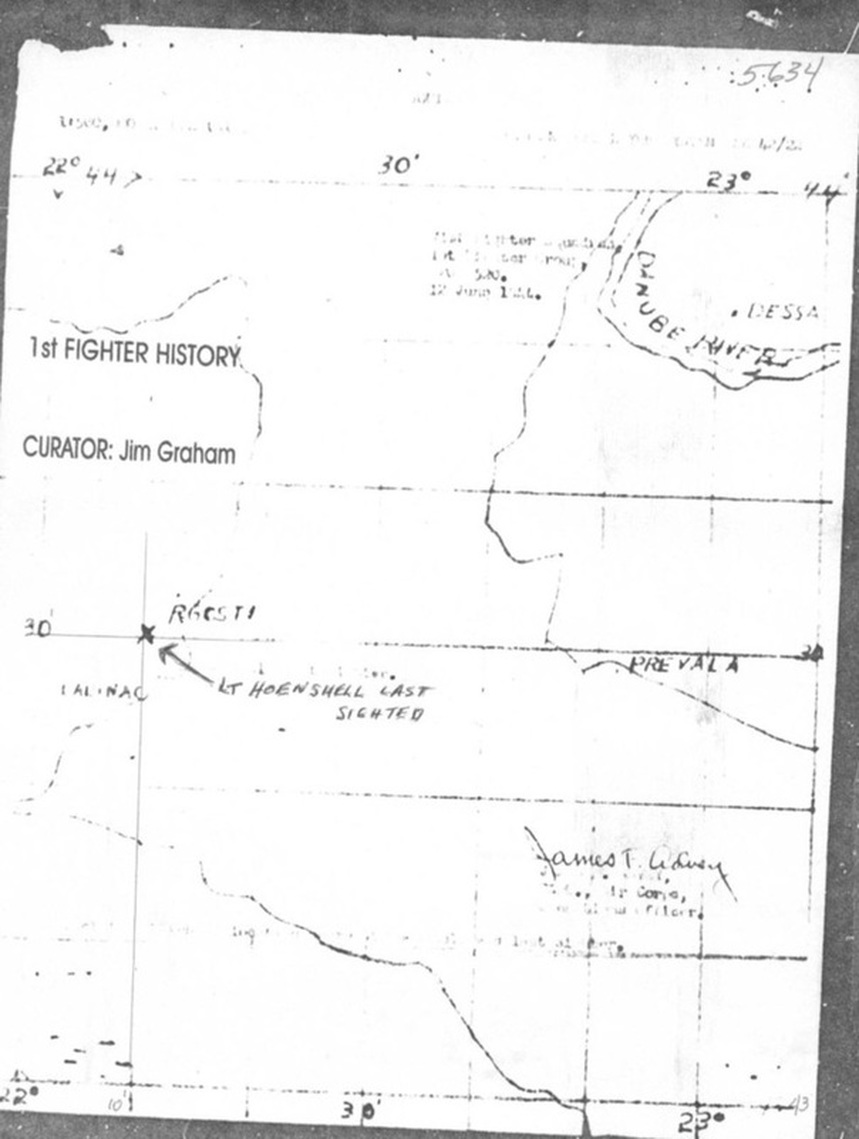 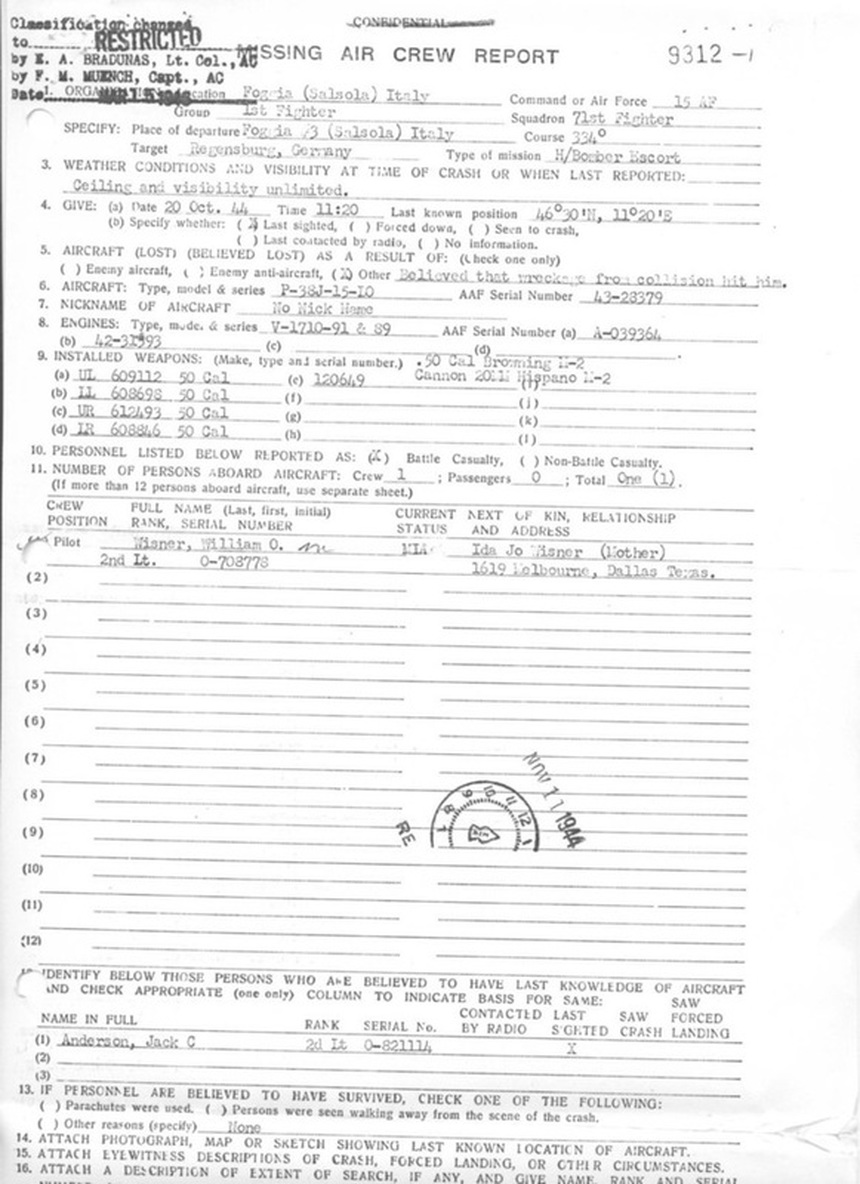 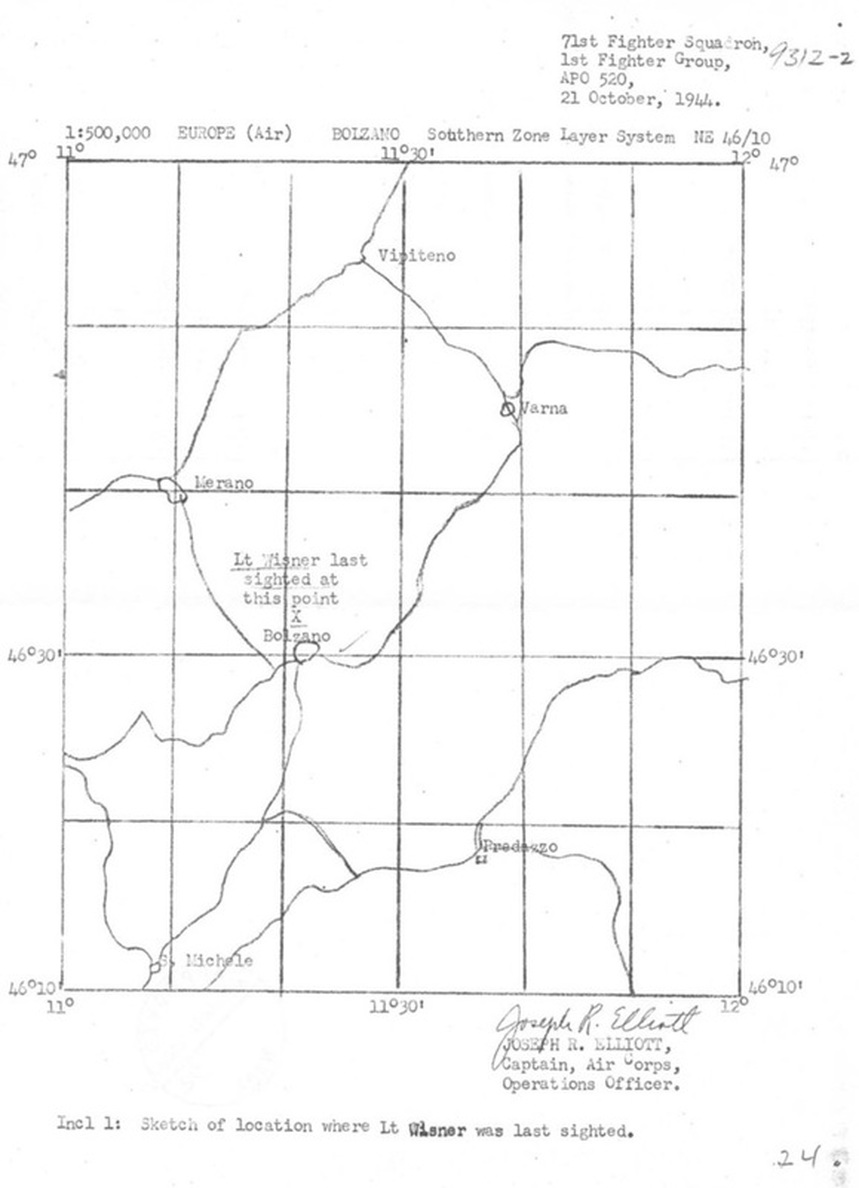 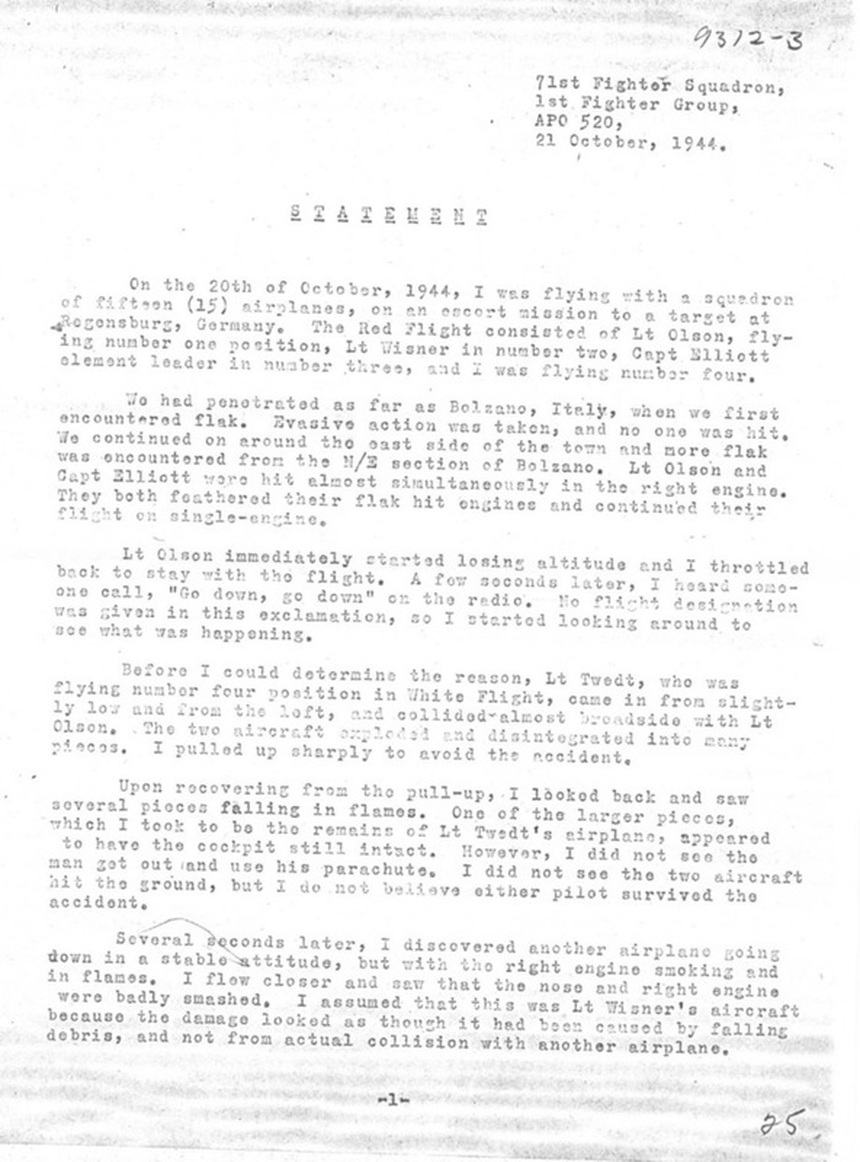 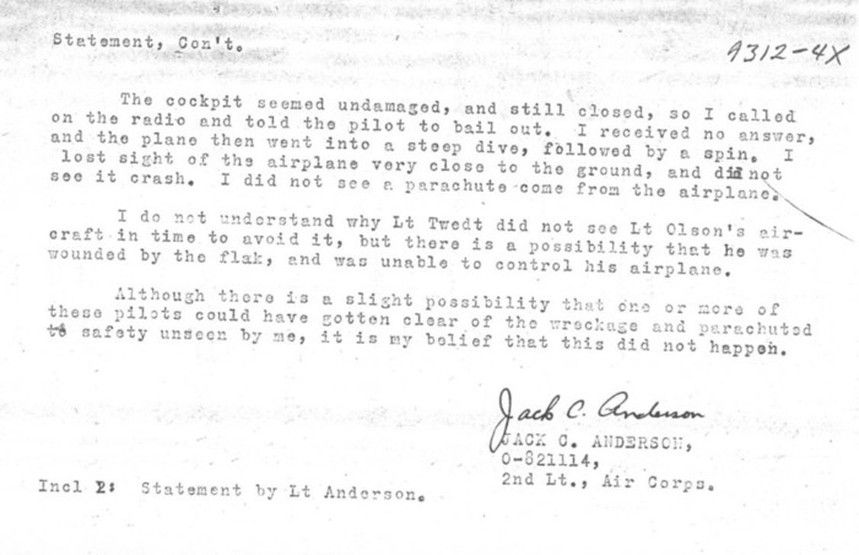 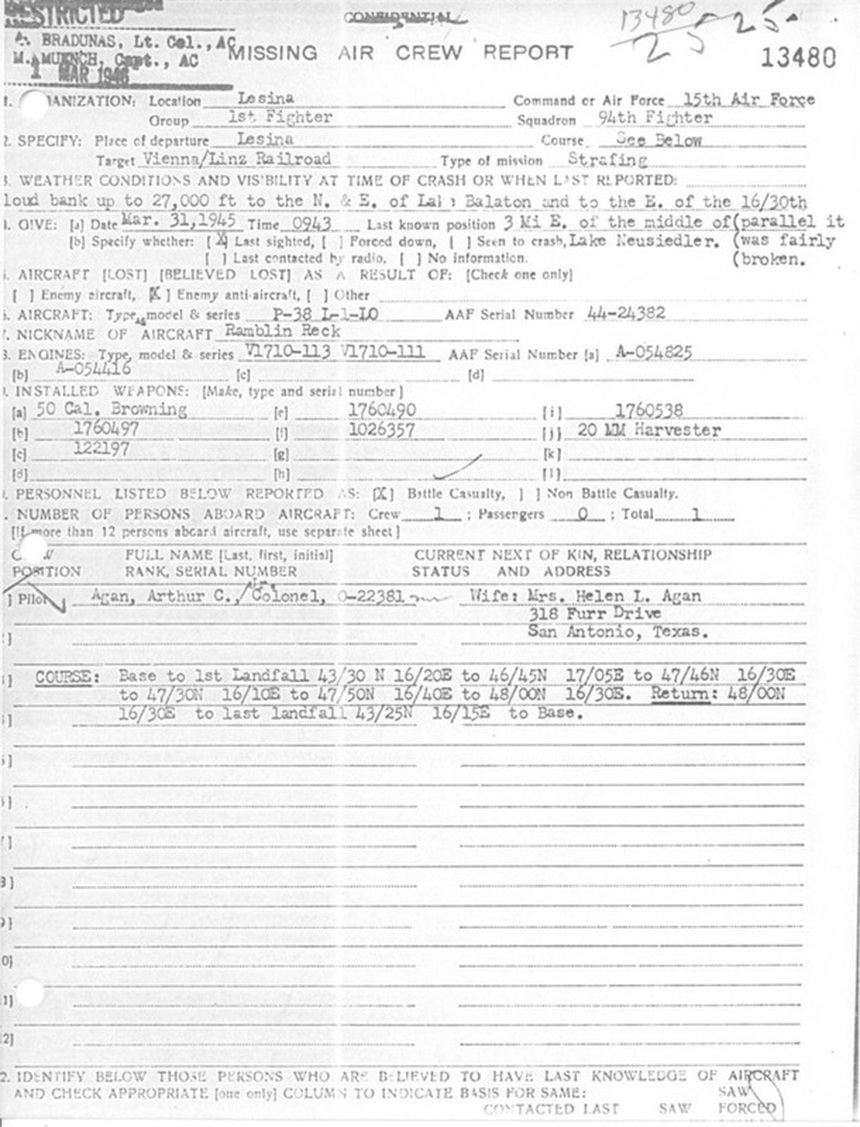 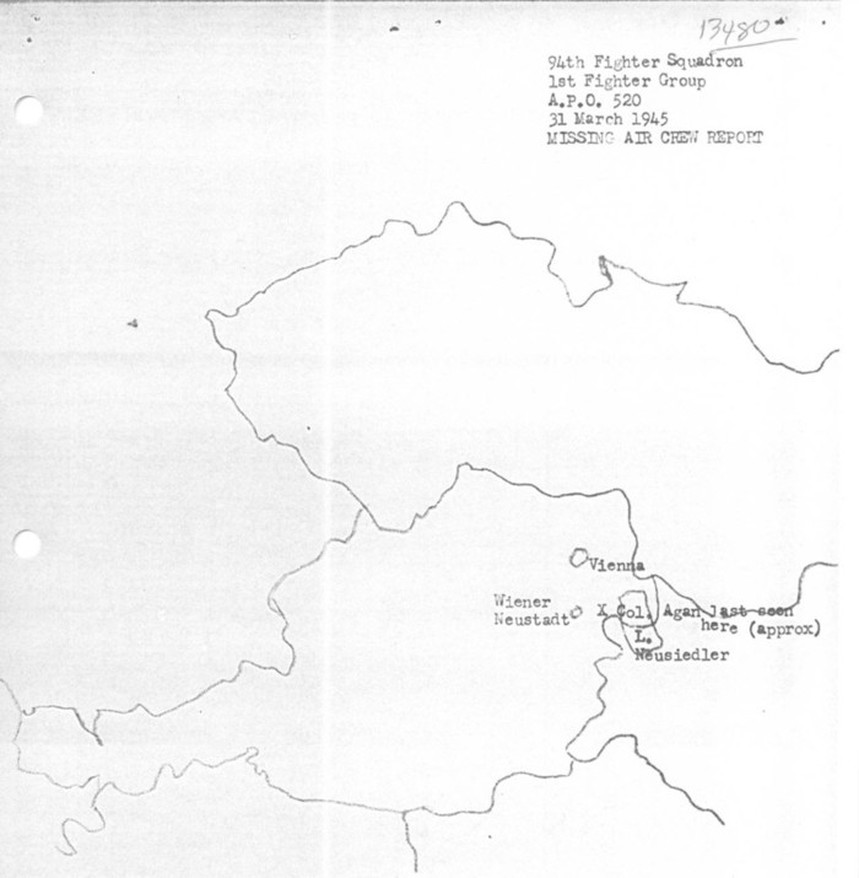