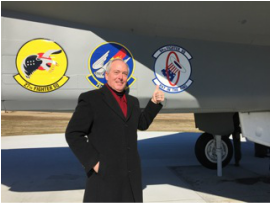 Major General (Ret) Rich “Moto” Shook received his commission from the USAF Academy in 1978.  He spent over 36 years serving on active duty and with the Air Force Reserve before retiring in September 2014.  As a Senior Pilot, he accumulated over 2200 flying hours in F-15, T-37 and T-38 aircraft.  He flew in the 94th Tactical Fighter Squadron from 1983-86.  Rich also flew Eagles as a Flight Commander and Instructor Pilot at Luke AFB, Arizona from 1986-89.  He then transitioned to commercial aviation until 2003.  His combat assignments included tours in the Combined Air and Space Operations Center and as Mobilization Assistant to the Commander, Air Forces Central Command in Southwest Asia during Operations Iraqi and Enduring Freedom (OIF/OEF).  Rich currently works for General Electric Aviation supporting Air Combat Command.  He and Margie live in Yorktown, Virginia and have four adult children.  Moto was elected 94th Association President in September 2015.

Col. (Ret) Pete Marty began his career as a United States Air Force Officer and retired in the rank of colonel after 26 years of distinguished service. Colonel Marty held the aeronautical ratings of Command Pilot and Navigator and accumulated over 3000 flying hours in the T-29, T-37, T-38, F-4 and F-15 aircraft. He flew 120 combat missions in Vietnam and over Iraq in Operation Southern Watch. During his service, Pete performed as a Flight Commander in the 27th Fighter Squadron and as the 1st Fighter Wing Operations Group Commander. Pete retired to Blacksburg, Virginia in 2010 after serving for 14 years as a Contract Manager at NASA Langley Research Center. After serving as the 1st Fighter Association Secretary for 12 years, Pete was elected President in September of 2015. 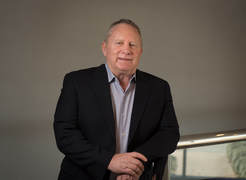 ​Jeff “Leeps” Leeper is a retired Lt Col from Lewistown, Pennsylvania, and is a graduate of the United States Air Force Academy.  He served for more than 20 years in the U.S. Air Force in numerous assignments, primarily involving the F-15C and the weapons associated with the aircraft—his first eagle tour was in the 94th 1982-1986 and a return engagement in the 27th 1993-1996.   Key assignments included 94th  Squadron Weapons officer, combat flying operations based in Southwest Asia, an operations officer position in the Pacific Air Forces (PACAF) Weapons Systems Evaluation Program (WSEP), a headquarters staff tour working fighter aircraft requirements development, Operations Officer of the 27th, and a command assignment at the U.S. Air Force Weapons School.

Following his retirement from the Air Force, Jeff flew various aircraft as a commercial pilot for United Air Lines, and subsequently became a Senior Analyst for BMH Associates.  He joined Raytheon in 2005 as a Business Development Manager.  Additionally, he served as the President for the Greater Hampton Roads Chapter of the NDIA (National Defense Industrial Association).  In 2011 he relocated to Middletown, Ct and joined Kaman Precision Products as VP Business Development and Program Management.

In September 2014, he moved back to Williamsburg, Va and became a partner/owner of AOCE, a Service Disabled, Veteran Owned Small Business dealing in Services, primarily to DoD agencies.  In the roles of CFO, CSO, and COO, he has overseen all aspects of the daily operation of an organization specializing in aircrew training, engineering services, staffing support, and performance improvement. 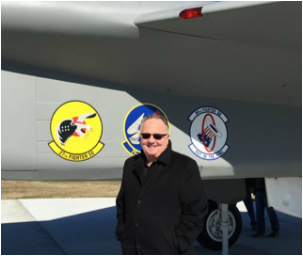 Prior to his retirement from the Air Force in 1997, Gress was Division Chief for the Air Force Legislative Liaison Weapons Division in the Pentagon and directed interface with the Senate and House Armed Services Committees. He also held other Pentagon leadership positions in advanced fighter development for the F-22, air-to-air weapons development including AMRAAM and AIM9-X, and Special Programs, where he directed advanced technology development in radar and infrared sensors.

Following the Air Force, Gress had nearly 14 years of experience with the Boeing Company, where he held multiple senior executive positions. These positions included Vice President of Strategy for Government Relations and Vice President, Business Development Air Force (AF) Systems, for Boeing’s Integrated Defense Systems. In these roles, he led the senior executive interface with the AF customer on more than 50 programs to achieve more than $10 Billion in annual revenue.  From 2001 to 2004, he was a member of the Boeing Ground Based Midcourse Defense (GMD) Program Management Team. While there, he was promoted to Director of GMD Staff Operations and assumed responsibility for all program staff activities including executive support, scheduling, administration processes, information technology, facilities, and security.

In September 2010 Steve departed Boeing and joined Terma North America (TNA) as Vice President of Business Development. In June 2011, he was named CEO and President and tasked to lead the development, coordination and integration of all business operations and growth strategies including program advocacy initiatives for TNA.  He departed TNA in May 2014 in pursuit of other interests.

A native of Pittsburgh, PA, Steve resides in Spotsylvania, Virginia with his wife, Marietta. They have two grown children both married, one grandchild, all residing nearby in Virginia. He is a board member of the Air Force Historical Foundation and the Nation’s Capitol Chapter of the Air Force Association. He enjoys golf and volunteering his time for the Fawn Lake Home Owners Association Finance Committee, the Virginia Master Gardeners and the Virginia Master Naturalists. 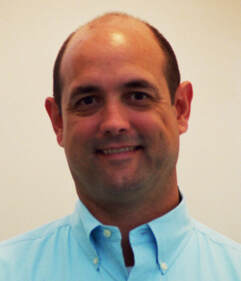 Steve “Buick” Olds joined the 27th Fightin’ Eagles in the Fall 1988 in his first assignment. Buick continued with the 27th as is first and only assignment and after Desert Shield / Desert Storm, he left the Air Force during the downsizing of the early 90’s. Buick moved into the entrepreneurial world where he has worked in a number of capacities, currently serving as the Founder & CEO of PATRIOT MISSION. 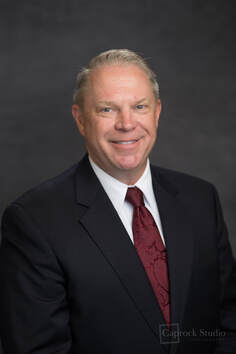 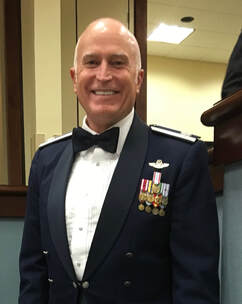 William “Oral” Roberts retired from the Air Force in 2002 after more than 22 years of service. He has over 2700 hours in light gray F-15s. His first operational assignment was in the 94th from 84-87. He spent an additional 10 years in three separate assignments in the F-15 Schoolhouse at Tyndall AFB, teaching and evaluating approximately 1,000 students in the classroom, simulator and aircraft. These assignments were interrupted by assignment to COPE THUNDER Exercise Planning in the Philippines and ACSC/ALO. As an ALO, he was able to influence the USA into fundamentally changing how they treated CAS at the National Training Center, improving combined arms training for both the Army and Air Force. He began his career as an enlisted Boom operator in KC-135 aircraft at Barksdale AFB, LA, home of the 8AF. His final assignment took him back to Barksdale as 8AF Stan/Eval Chief, Fighter Branch. In this role he flew mostly with the 122FS, Bayou Militia as an 8AF Guard-gained unit and flew multiple CAPs over his home town of Houston, Texas, President Bush when he was at his ranch in Crawford, Texas and led the squadron in scrambles in the alert role post 9/11.

​Following retirement in 2002, he spent the next 16 plus years at Southwest Airlines before his latest retirement in mid-2019 after 42 years of active civilian and military aviation. He is currently unemployable as shown by the 18 months it took to submit this bio and hero shot. He currently lives with his wife Lisa in Houston and they enjoy travel, golf, his Harley and their adult children and grand-children. He was elected President at the last 1FW Association Reunion in 2018.

Randy "Mopar" Dodge began his time in the1st Fighter Wing in January 1979 as part of the 27th AMU He was assigned as the Assistant Crew Chief on F-15A 75-0023 "Maloney's Pony".  Shortly after that he was promoted as the Dedicated Crew Chief of that jet.  Mopar has been a Lifetime Member of the 1st Fighter Association since 2007, and the Enlisted Advisor since 2011.  His favorite moment from active duty was an incentive ride in an F-15B piloted by former Association President Maj. Gen. (ret.) Bill "Frito" Lay.  His favorite moment as an Association member was at the 2007 reunion where he met Joel "Rumhead" Owens, Darrel "DWelch" Welch, and Tom Maloney, all WWII P-38 Aces of the 27th Fighter Squadron.